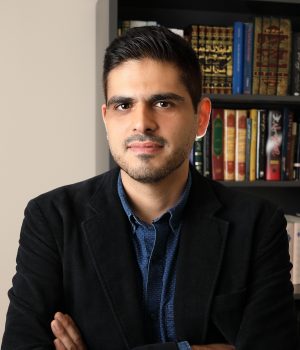 Cyrus Ali Zargar, Ph.D. is the Endowed Al-Ghazali Distinguished Professor in Islamic Studies. He earned his Ph.D. from the University of California, Berkeley in Near Eastern Studies in 2008. Dr. Zargar’s research interests include Classical Sufism, Islamic Philosophy, Arabic and Persian Sufi Literature, and Ethics in Literature and Film.

Dr. Zargar is currently completing a book titled Religion of Love: Farīd al-Dīn ʿAṭṭār (d. 1221) and the Sufi Tradition for the Islamic Texts Society. This monograph considers space, time, and praxis in the Persian Sufi poetry of ʿAṭṭār, focusing on the development of sacred symbols. His most recent book, The Polished Mirror: Storytelling and the Pursuit of Virtue in Islamic Philosophy and Sufism, was published in December of 2017.